The Watchmen (and women) on the wall–on TZP

Well, I don’t mean it negatively of course, it just came up in casual conversion. Practically mentioned as an aside. It’s not like I mentioned he’s a bottom feeder that secretly meets with Claire McCaskill.

And believe me, I am reining it in. If I weren’t I would say something like John Hancock is

and yes, it is about that transparent.

Tom Schweich was Missouri’s Auditor, and by all accounts, even those of liberal Tony Messenger a good one and a decent man. Tom was driven to kill himself by two things that never should have been.

A vicious political hit ad, if you are a candidate and the best ad you can come up with is to attack someone’s physical appearance you obviously don’t have a damn thing to offer now do you? You talk about squashing your opponent like a bug and you think people will flock to your platform? WHAT THE HECK is in your head because it obviously isn’t a brain! You are not laying out a vision for Missouri, you are not telling us how you will overcome Jay Nixon’s disastrous decisions and policies. You are not telling us how you will decrease unemployment, fix the broken DOR or undo any of Nixonian corruption. I wouldn’t vote for Catherine Hanaway if you paid me.

You can listen for yourself.

But that’s politics, right? I’ve seen the game played a time or two. It’s not like I’m a total stranger to it. If you can’t tell by what I’ve written so far, I’m livid, absolutely FLIPPING LIVID.

The second thing is that Hancock began a whisper campaign against Schweich based on his Judaism. Except Schweich wasn’t Jewish, his Grandfather was. This is wrong on so many levels. First, his religion and ethnicity shouldn’t even be an issue, this is a political campaign, it should be about ideas, platforms and policies. Liberals and Democrats run campaigns based on color and ethnicity, these were suppose to be Republicans. John Hancock is the Chair of the Republican party, he sets the tone for the party, right? Second, being Jewish should never be a impediment to office, obviously Hancock thinks it should be or he wouldn’t be trying to do a whisper campaign, right? I agree with John Danforth on this one.

Hancock has said that he may have mentioned his mistaken belief that Schweich was Jewish, but that it was innocent conversation. He has vehemently denied it was meant as a smear. He has said it was merely a description, similar to saying, “I’m Presbyterian and somebody else is Catholic.”Without naming Hancock, Danforth dismissed that denial.“Tom called this anti-Semitism, and of course it was. The only reason for going around saying that someone is Jewish is to make political profit from religious bigotry,” Danforth said.“Someone said this was no different than saying a person is a Presbyterian. Here’s how to test the credibility of that remark: When was the last time anyone sidled up to you and whispered into your ear that such and such a person is a Presbyterian?”

You know, Ed Martin was chairman of the Republican party for a year. Ed is a decent man, principled and moral. Had he remained chairman of the party for longer than a year perhaps he could have turned the behemoth known as the Republican party shi, er ship in a better direction. He perhaps could have made it into a party people would be excited to become involved in. But here is what I do KNOW, he managed to be party chair for a year, and no one died. Hancock is party chair for 5 minutes and a good man lies dead.

Let’s talk a little about the concept of “Jewish Justice”. This notion of sticking your hands in your pocket, digging your toe in the dirt and simpering “well, I didn’t mean anything by it. It was just a casual conversation” doesn’t fly. You own up to what you did, and then you find out what it will take for you to make the situation right. There needs to be restoration for the harm caused. So, Mr. Hancock, how do you propose to make restoration?

Lloyd Thomas Sloan has a list of fascinating questions that Duane Lester posted over at the Missouri Torch. To my knowledge Hancock has answered not a one. And he should. I don’t see how Republicans can expect people to support an openly antisemitic party, and the fact that Hancock is still there just says SO much. They have pretty much left it too late. They needed to get rid of him when this first came out.

With a huge batch of Democrats boycotting Binyamin Netanyahu’s speech which involves American interests, not just Israel’s you would have thought Republicans would have realized this might be a chance to show a group that unfortunately tends to vote Dem that there is a better alternative. Two thoughts spring to mind. 1) Tone deaf 2) dumber than a box of rocks. Because believe me, I have had more people ask me about this, and ask me how antisemitic is the Missouri Republican Party. Initially I said they weren’t. This has gone on too long, Hancock is still there.

I have a radio interview coming up I believe, the topic is “Why Jews Need Guns”. It’s because politicians like Hancock help get politicians elected. And elected politicians brought us this. ֡ I guess I should be thanking the MO Republican party and Hancock for giving me material shouldn’t I? 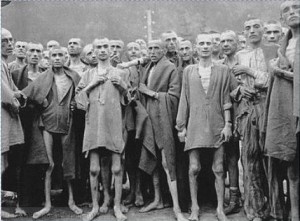 My first Purim celebration brought the realization that there are many interesting events going on today that fit into the ancient Purim story.